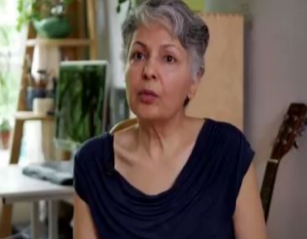 Iranian women struggle for freedom and equality and their resistance in prison
Woman’s struggle in Iran is the story of my imprisonment for eight years by the Islamic government of Iran.
In 1979, at the age of 20, I returned from England, where I had been studying. I became a member of a socialist party fighting for a non-Islamic state in which women had the same rights as men. In 1982, while waiting to meet a fellow comrade, I was exposed and arrested by the regime’s secret police. In prison, under torture, I refused to reveal my contacts’ names and addresses.
In prison I was brutally and systematically tortured, threatened with execution, starved and forced to live in appalling, horribly overcrowded conditions. Many of my fellow prisoners were executed; some were driven insane by torture and what we had to endure. Others repented their political beliefs only to find they remained in prison for years before their release. I became seriously ill, and was only saved from dying by the help of a fellow prisoner who was a doctor.
Although I was imprisoned and in the hands of my enemies, they could not arrest my resistance, and neither could torture vanquish my struggle. In resisting the Islamic regime, I was not alone, all the other men and women, imprisoned like me, we were all part of the ultimate victory of humanity.
·        About the author 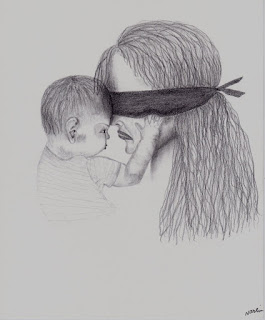 Nasrin Parvaz
Nasrin Parvaz became a civil rights activist when the Islamic regime took power in 1979. She was arrested in 1982, tortured and spent eight years in prison. In 1993, she fled to England.
Nasrin’s prison memoir was published in Farsi in 2002, and it was published in Italian in 2006.
A novel, Temptation, based on the true stories of some male prisoners who survived the 1988 massacre of Iranian prisoners was published in Farsi in 2008.
Nasrin’s story ‘The Times of Assassination’ is published in Words and Women, March 2017. Nasrin’s writings appeared in Over Land, Over Sea, Poems for those seeking refuge, published by Five Leaves, in 2015, Exiled Writers Ink, Modern Poetry in Translation and Live Encounters Magazine.
Since 2005, together with poet Hubert Moore, Nasrin has translated poems, prohibited in Iran, from Farsi into English. They appear in the Modern Poetry in Translation series.
Nasrin has given talks on the violation of human rights in Iran, both in Farsi and in English, in a number of countries. She has spoken at Southbank Centre (2015 and 2016), Bare Lit Festival (2016 and 2017), and for organizations such as Amnesty International, Cambridge PEN and the Medical Foundation.
Some of her poems are in her website: http://nasrinparvaz.org/